What's New, Beelzebub? is the fith and final episode of season two of the Sam & Max video game series by Telltale Games.

After going through the portal at the end of Chariots of the Dogs, Sam and Max find themselves in a subway station to Hell. When they go up they find that the subway station had been below The Street all along. They use the Maimtron 9000 to recover the soul token of the recently deceased Ms Bosco and use it to gain passage to Hell, planning to get Bosco's soul back.

Since Satan simply ignores them and his assistant -Jurgen- isn't helping, they decide to have a look around themselves. They quickly find out where Bosco's soul is being held, as well as the souls of Santa Claus, Grandpa Stinky and even the DeSoto. After all of these personal hells are sabotaged Satan has no choice but to talk, and Sam demands that all these souls be released. Satan agrees, but tricks Sam into taking their place himself. Max gets him out, though, and they go have another discussion with Satan. At that point it becomes clear that they have all been tricked, with this latest setback putting Satan in a sufficiently weakened position to be fired by "management", the Soda Poppers! The Soda Poppers explain a few things, take over, and initiate some of their own evil schemes.

Thanks in part to some (mundane) items Satan has with him, Sam and Max eventually subvert all of these schemes, and team up with Satan to take Hell back from the Poppers. But the Soda Poppers just hold them off with brute force and banish Sam and Max to some lava pit below. However, in a deus ex machina set up in Ice Station Santa, their past selves give them Santa's sleigh allowing them to escape. The Soda Poppers are still going strong but are ultimately tricked into using their own banishing ritual against themselves. In a scene after the end credits, they are wiped out by the lava stream from Moai Better Blues, leaving only Peepers' eyes. The end credits themselves show Sybil and Abe's wedding, attended by every character seen so far and officiated by Max (it's been a cold day in Hell).

(Every character in the games also appears in the credits sequence)

The office is loosely based off Telltale's former location and is most likely a reference to an inside joke amongst the designers. 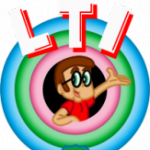