We're Getting Mutants in the MCU - The Loop

The Father of Lies

The City That Dares Not Sleep

"Please to meet you, I hope you guessed my name"Satan

Satan appears as a lesser villain in What's new, Beelzebub?.

Satan runs Hell as the LLC it is, and his voice and mannerisms are more appropriate to a stereotypical office manager than to the Prince of Darkness. As such, his appearance matches this appropriately.

While seemingly in control of Hell, Satan really reports to "Management", consisting of the Soda Poppers. Much of Season Two is revealed to revolve around a plot they perpetrate in order to subvert his control so that they can fire him over that, assume control themselves (in a far more direct way than would otherwise be possible) and start implementing some grand schemes.

Thanks to the unwitting assistance of Sam and Max this plan succeeds completely and Satan finds himself out on the street about halfway through the episode. Luckily for him, they go on to foil all of the Poppers' ploys and banish them to oblivion, allowing him to take back control over Hell.

In The City That Dares Not Sleep, he is seen filming a documentary with Jurgen about how he is not involved with the giant Max roaming around the city. He also finds it offensive that The Devil's Toybox is named as it is, since he wasn't even around when the Elder Gods were the rulers. 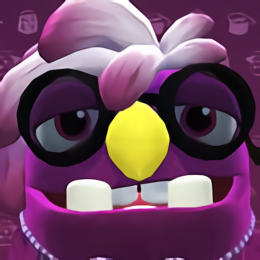 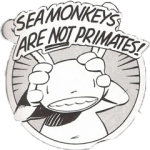